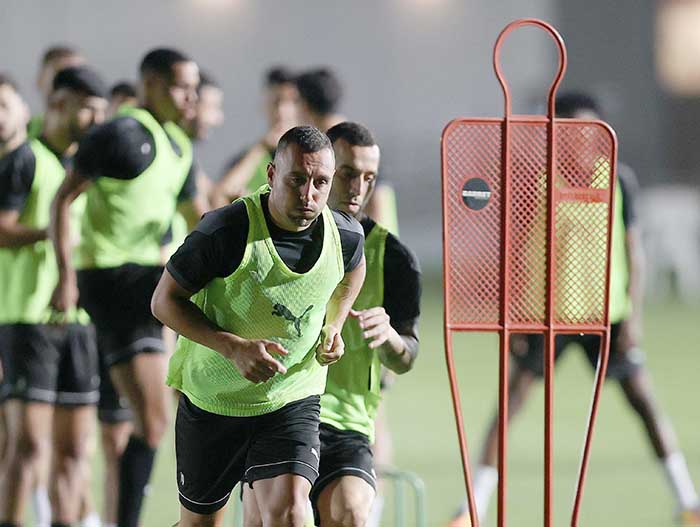 The Al Sadd first team held its main training session today, Friday, at the club’s secondary pitch, in preparation for the game against Al-Arabi in the semi-finals of the Amir Cup 2021.

Al-Sadd go into the match with great spirits, as they look to achieve victory and progress to the final, for the chance to defend preserve the title.

The coaching staff focused on some special attacking plays, while also working on the players’ movement, before organising a practice mini-game.

The players also went through shooting drills, both from the sides and from the centre.

South Korean international Jung Woo-young was present during the session, after returning to the team’s training following the end of the Asian campaign.

Meanwhile, Akram Afif is set to miss the upcoming Al-Arabi clash, as he continues his treatment programme with the national team’s medical staff to recover from a muscle injury.

The Wolves are scheduled to hold their last training session from 9 PM onwards on Saturday, at the end of which the head coach will announce the list of the players for the game, in preparation for entering an overnight camp.

ALSADD vs AL ARABI
(On time)